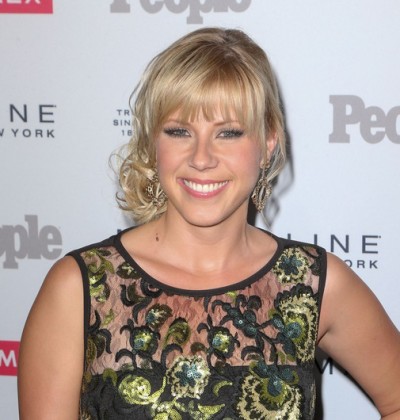 Sweetin in 2015, photo by Prphotos.com

Jodie Sweetin is an American actress and television personality. She is known for her role as Stephanie Tanner on the long-running television sitcom Full House and its spin off series Fuller House.

Jodie was adopted and raised as an only child by Sam Sweetin and his second wife, Janice, when she was nine months old. The adoption was not formalized until she was two years old, because her birth father was said to be of one fourth Native American ancestry. The full names of her biological parents are not publicly known.

Jodie’s paternal great-grandparents were named Richard M. Rideout and Alma E. Berkley. The were from Arkansas.