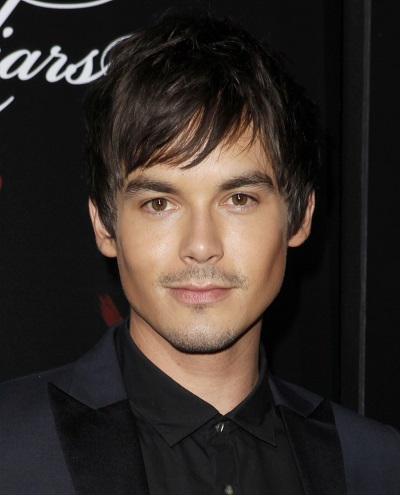 Blackburn in 2014, photo by Prphotos.com

Tyler Blackburn is an American actor, singer, and model. He has starred on the shows Pretty Little Liars, Ravenswood, and Roswell, New Mexico.

Tyler has English, Croatian, Welsh, German, and Scots-Irish/Northern Irish ancestry. A picture of Tyler with his father can be seen here.

Tyler’s paternal grandfather was Harold Dean Snow (the son of Collins Andrew Snow and Elsie Opal Parten/Partin). Harold was born in Texas. Andrew was the son of Moses Moran Snow and Purleen/Pearl L. Guthrie. Elsie was the daughter of Peter/Pete K. Parten and Elsie Grace Baker.

Sources: Genealogy of Tyler’s paternal grandfather, Harold Dean Snow (focusing on his own father’s side) – https://www.findagrave.com

Genealogy of Tyler Blackburn (focusing on his mother’s side) – http://www.blackburn-tree.org

Genealogy of Tyler’s mother (focusing on her mother’s side) – http://wc.rootsweb.ancestry.com