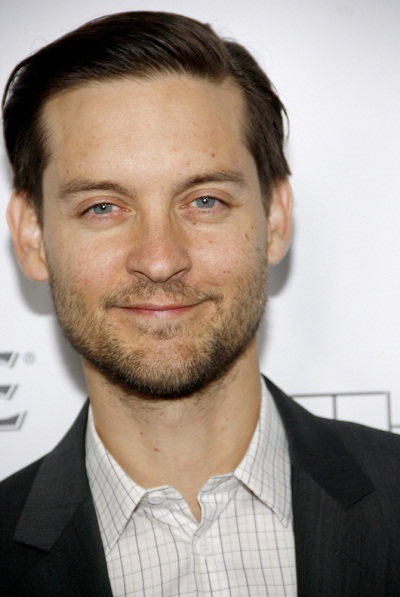 Tobey Maguire is an American actor and producer. He is known for playing Peter Parker/Spider-Man, and for having starred in the films Seabiscuit, Deconstructing Harry, Pleasantville, Wonder Boys, The Great Gatsby, and Pawn Sacrifice, among many others.

Tobey is the son of Wendy and Vincent Maguire. He has two children with his former wife, jewelry designer Jennifer Meyer. Jennifer’s father is entertainment executive Ronald Meyer.

Tobey’s maternal grandfather was Kenneth Bernard Brown (the son of Walter John Brown and Gertrude Mary Fredericks/Frydrychowski). Kenneth was born in California. Walter was the son of Isaac Brown and Lena Paterson/Peterson, who was of German origin. Gertrude was the daughter of Victor/Wictor Walter Frydrychowski/Fredericks/Fredricks, who was born in Illinois, to Polish parents; and of Bertha/Bronisława Kate Amborski/Amborska, who was born in Indiana, also to Polish parents.

Tobey’s maternal grandmother was Margaret Joan Bathurst (the daughter of Edward Bathurst and Daisy Henrietta Blight). Margaret was born in Cape Town, South Africa, and moved to the U.S. with her family c. 1933. Edward was born in Hartlepool, Durham, England. Daisy was born in Cape Town, the daughter of English parents, William Henry Blight and Annie Marie Crewdson Jones. Daisy also had small amounts of German and Cornish ancestry.