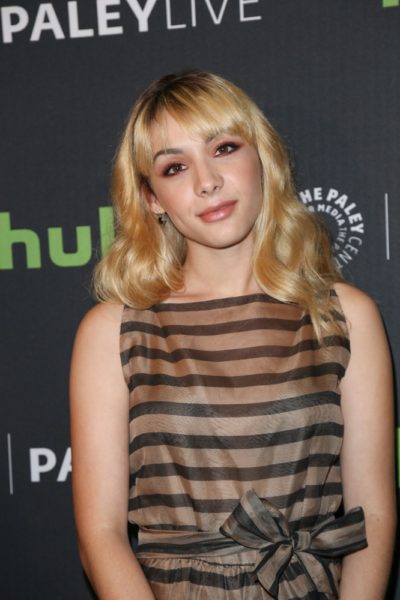 Hannah Marks is an American actress, writer, and director.

Hannah is the daughter of actress Nova Ball and Robin Marks. Her father is of Polish Jewish and Egyptian Jewish descent. Her mother has English and Irish, as well as some Creek Native American, ancestry.

Hannah’s paternal grandmother was Eleonora Vitta (the daughter of Amalio Vitta and Camille Bassan). Eleanora was born in Egypt, into a Sephardi Jewish family. Amalio and Camille were also from Egypt, and likely had Italian Jewish ancestry.

Hannah’s maternal grandmother was Nova Gail Conley (the daughter of William Conley and Pearl Kirkpatrick). Nova was born in Oklahoma and is said to have been of Irish and Creek Native American ancestry. William was born in Oklahoma, and was listed as “Indian” on the 1920 U.S. Census and as “White” on the 1930 U.S. Census. He was evidently the son of Oscar Conley and Hepsie Leader. Pearl was born in Texas, the daughter of Andrew Jackson Kirkpatrick and Ida Maud Cullins.