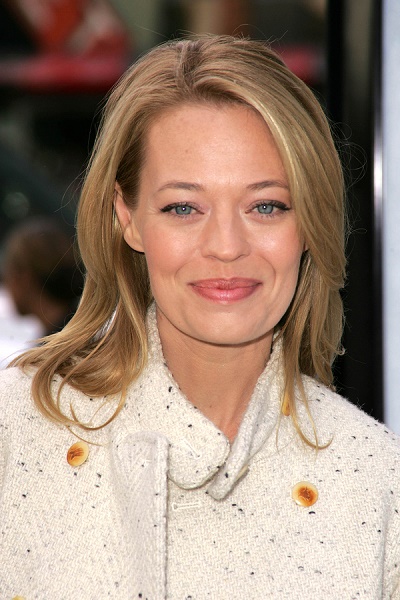 Ryan in 2006, photo by s_bukley/Bigstock.com

Jeri Ryan is an American actress. She is known for playing Seven of Nine on Star Trek: Voyager and in the Star Trek franchise in general.

She was born Jeri Lynn Zimmermann in Munich, Germany, and was raised across the United States, finally settling in Paducah, Kentucky. She is the daughter of Sharon and Gerhard Florian “Jerry” Zimmermann, a master sergeant in the U.S. Army. Her father was born in Baden, Austria, and came to the U.S. after World War II, after his mother married an American.

Jeri is married to French chef Christophe Émé. Jeri has a son with her former husband, political candidate and businessperson Jack Ryan; and a daughter with Christophe.