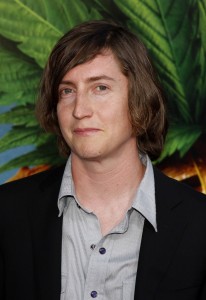 David Gordon Green is an American film director, filmmaker, and actor. Among his films as director are George Washington (2000), All the Real Girls (2003), and Undertow (2004).

David is the son of Jean and Hubert Gordon Green, a medical school dean. He was raised in Richardson, Texas.

David’s maternal grandfather was Cecil Martin Hunter (the son of William M. Hunter and Jeannie Bell Brown). Cecil was born in Oklahoma. William was the son of John Wesley Hunter and Araminta Wortham. Jeannie was the daughter of Joseph Morton Brown and Mary Mollie Herring.