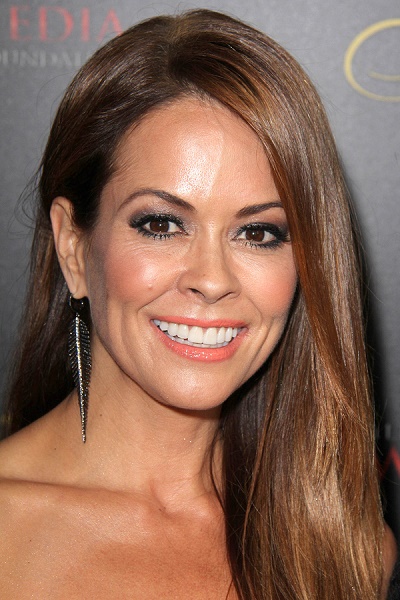 Burke in 2014, photo by kathclick/Bigstock.com

Brooke is the daughter of Donna and George F. Burke.

Her father is of Irish, as well as English and French-Canadian, ancestry.

Her mother was born Patricia Ann, and along with her twin sister was adopted by Fay (Waingrow) and Nicholas Bruno, and renamed Donna Marie Bruno. Brooke’s mother’s adoptive mother Fay was Jewish, and Brooke’s mother was raised Jewish; it is not clear if Brooke’s mother, by birth, has Jewish ancestry. Brooke’s biological maternal grandfather was said to have been a “Portuguese sailor.”

…I’m Jewish, and David’s family is Jewish. We keep Shabbat, we celebrate all the high holidays… my girls went to a Jewish school for all their early education. We’re not religious, but we do keep all the traditions.