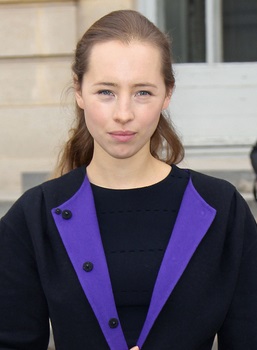 Isild Le Besco is a French actress and filmmaker.

She is the daughter of Catherine (Belkhodja), an actress, and Patrick Pierre Louis Le Besco. Her sister, Maïwenn Le Besco, is an actress and director. Maïwenn has a daughter with filmmaker Luc Besson.