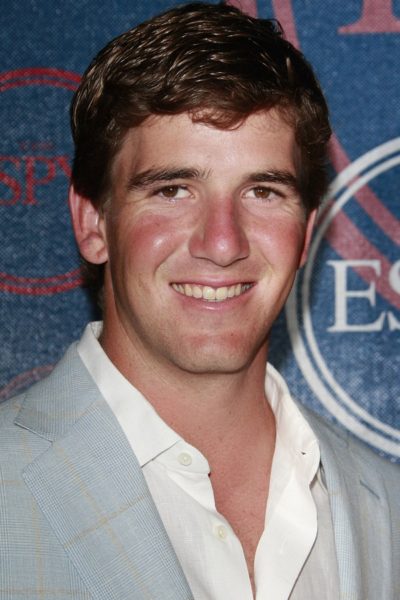 Manning in 2008, photo by Joe Seer/Bigstock.com

Eli Manning is an American professional football player. He is an NFL quarterback, and plays for the New York Giants. He was voted Super Bowl MVP for Super Bowl XLII (2008) and XLVI (2012).

Eli is the son of Olivia (Williams) and Archie Manning (Elisha Archibald Manning). His father was also a professional football player, as is his brother, Peyton Manning. He is married to Abby McGrew, with whom he has three children.

Eli’s paternal grandmother was Jane Elizabeth Nelson (the daughter of Joseph Lafayette Nelson and Olivia Beady/Bready). Jane was born in Tennessee. Olivia was the daughter of Isaac Newton Bready and Bettie M. Nowlin.