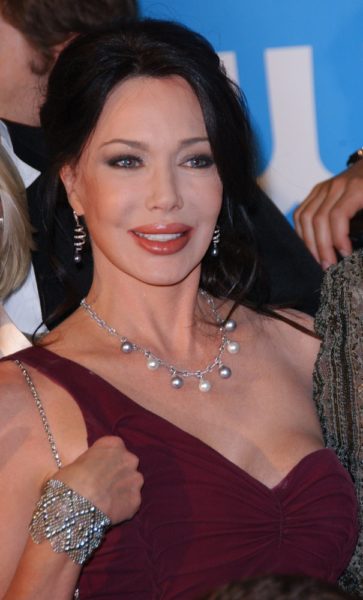 Ethnicity: English, some Irish and Scottish

Hunter Tylo is an American actress, author, and model. She is known for her role as Dr. Taylor Hayes on the show The Bold and the Beautiful.

Hunter is sometimes described as having Cherokee Native American ancestry, sometimes specifically 45%, from her mother’s side. It is not clear if this Cherokee ancestry has been verified/documented.

Hunter’s paternal grandfather was The Rev. Herschel Hiram Hunter (the son of William Thomas Hunter and Amanda Elisabeth Pendergraft/Pendersgrof/Penders). William was the son of Michael Steward/Stewart B. Hunter and Rebecca Jane Crawford. Amanda was the daughter of Jefferson Pendigraft/Pendergrass and Elizabeth/Elisabeth Moore.

Hunter’s maternal grandmother was Hollis Miller Ramsey (the daughter of James Porter Ramsey and Loretta/Etta Lyon). James was the son of John Jefferson Ramsey and Mary Long. Loretta was the daughter of Landon C. or William Lyon and Janie/Jane Seal/Seale/Seals.

Genealogy of Hunter’s father (focusing on his mother’s side) – http://www.findagrave.com

Genealogy of Hunter Tylo (focusing on her mother’s side) – http://www.genealogy.com