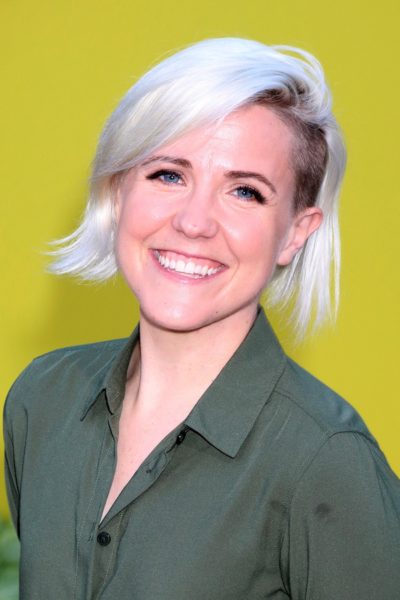 Hannah is the daughter of Annette Louise (Long) Whitney and Noah B. Hart. Hannah has a sister, Naomi. They were raised in Burlingame, California.

In her book Buffering: Unshared Tales of a Life Fully Loaded (2016), Hannah wrote:

Our family was royalty, and our bloodlines could be traced back to English kings. But we also had Jewish roots. And maybe even some extraterrestrial in us, too. Did we know that we were each born lucky and each had our own superpower?

Hannah’s paternal grandfather was Peter Gordon Hart (the son of Edward Abraham Hart, Sr. and Marian/Marion Henrietta Glaser). Edward was the son of Henry Hersch Hart, whose parents were from Germany, and of Elta/Etta Harris, whose parents were also from Germany. Marian was the daughter of Isidor/Isador Glaser, who was from Lubelskie, Poland (Lublin, Poland) and of Franziska Flora Shirek, who was born in either Germany or Poland.

Hannah’s paternal grandmother was Sondra Mae Brooks (the daughter of Sol Brooks and Isabella/Isabel Marx). Sol was born in Russia, the son of Ben Brooks and Marian Livitsky. Isabella was the daughter of Barney Marx and Sarah Cohen, who were from Poland.

Sources: Genealogy of Hannah Hart (focusing on her father’s side) – http://worldconnect.rootsweb.ancestry.com