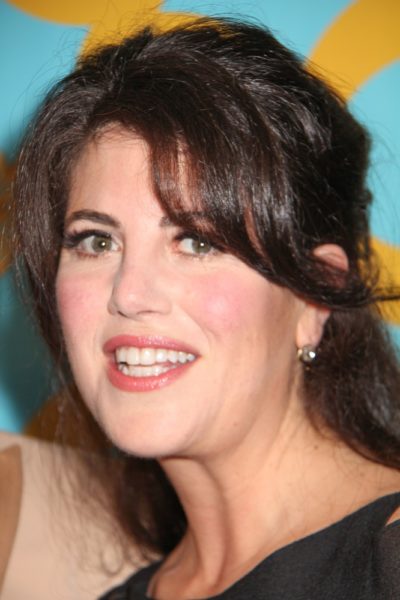 Lewinsky in 2015, photo by Prphotos.com

She is the daughter of Bernard Lewinsky (Bernard Salomon Lewinsky), an oncologist, and Marcia Lewis (born Marcia Kay Vilensky), an author. Her father was born in San Salvador, El Salvador, to German Jewish parents who left Nazi Germany. His family moved to the United States when he was fourteen. Her mother is of Lithuanian Jewish and Russian Jewish descent.

Monica’s maternal grandfather was Samuel Vilensky (the son of Moses Vilenski and Hanna Dinaburg). Samuel was a Lithuanian Jew. Hanna was the daughter of Israel Dinaburg and Batsheeva.

Monica’s maternal grandmother was named Bronia Poleshuk. Bronia was born in the British Concession in Tianjin, China, to a Russian Jewish family.

Source: Genealogy of Monica Lewinsky (focusing on her mother’s side) – http://www.geni.com