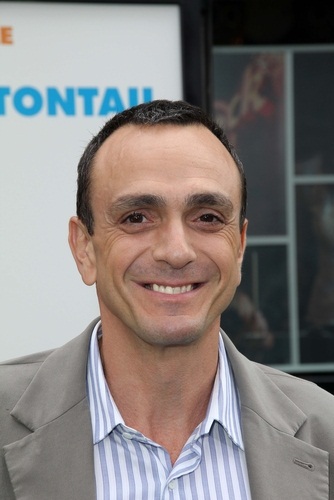 Hank Azaria is an American actor, comedian, and producer. He is known for his voice performances on the television sitcom The Simpsons. His main roles on the show include Moe, Chief Wiggum, and Apu.

Hank was born to Sephardi Jewish parents, whose families lived in Salonika in northern Greece. Some of his family were also Sepahrdi Jews from Turkey. His family speaks Ladino, a language spoken by Sephardi Jews. Many Sephardi Jews descend from Spanish Jews who left Spain during the Inquisition. Hank is married to actress Katie Wright, with whom he has a son.

Hank’s paternal grandfather was named Haim/Hymen Azaria (the son of a father surnamed Azaria, and of Esmirna Doudoun). Haim was born in Thessalonika, Central Macedonia, Greece.

Hank’s maternal grandfather was Albert Isaac Altchek (the son of Isaac Altcheck and Rebecca Seixas). Albert was born in Thessalonika.

Hank’s maternal grandmother was Esther Pitchon (the daughter of Isaac Pitchon and Rachel Levy). Esther was born in Thessalonika.

Source: Genealogy of Hank Azaria (focusing on his father’s side) – http://www.geni.com