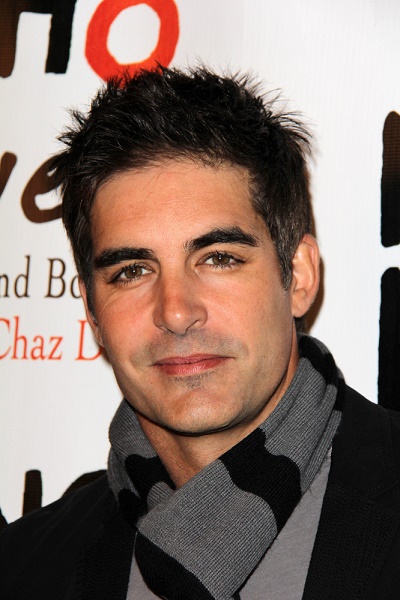 Galen Gering is an American actor. He is known for playing Luis Lopez-Fitzgerald on Passions, and Rafe Hernandez on Days of Our Lives, both soap operas.

His father, Alan Gering, is of Jewish, of Russian Jewish/Romanian Jewish descent. His mother, Michele de Oñate, has Basque/French ancestry. At eighteen, he moved to New York City to model.

Galen is married to model and actress Jenna Gering (born Hudlett), with whom he has two children, Dillon and Jensen Gering.

My mom[‘s] side is Spanish. Her last name is de Onate. She comes from a pretty illustrious Spanish history. She’s the granddaughter of a Basque immigrant from Spain. My father is a Jewish American. I don’t mind being cast in Latino roles; I’m not complaining. It’s paying the bills!

Galen’s maternal grandmother was Juliette Lucie Fleche (the daughter of Jean/John Jules Fleche and Marie A. Picot). Juliette was born in Pennsylvania. Jean was born in St.-Gengoux-le-National, Saone-et-Loire, Burgundy, France, the son of Pierre Fleche/Flaiche and Claudine Dubuis/Dupuis. Marie A. was born in Troyes, Aube, Champagne-Ardenne, France, the daughter of Philippe/Philip Picot/Picaud and Marie Rosalie or Catherine Bresagere/Breysacher/Breisacher/Biesagere.