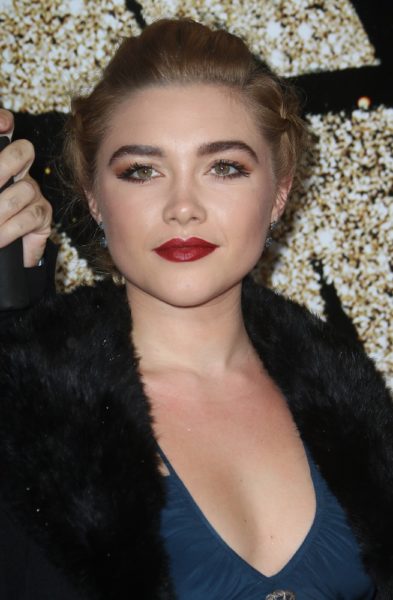 Florence Pugh is a British actress. She has starred in the films Lady Macbeth, Fighting with My Family, Midsommar, and Little Women, among others.

She is a sister of actor and musician Toby Sebastian (né Pugh) and half-sister of actress Arabella Gibbins. Her mother, Deborah, is a dancer and dance teacher, and her father, Clinton Pugh, is a restaurateur and runs The Grand Cafe, Kazbar and the Cafe Coco chain in Oxford.

American actor Zachary Levi was born Zachary Levi Pugh. He uses his middle name as his stage name, as he believed “Pugh” was too unusual-sounding. A decade after he became a known actor, Florence and her brother Toby Sebastian also became well-known; Florence kept the surname, while Toby, like Zachary, uses his first two names. The siblings are not related to Zachary in any discernible way.