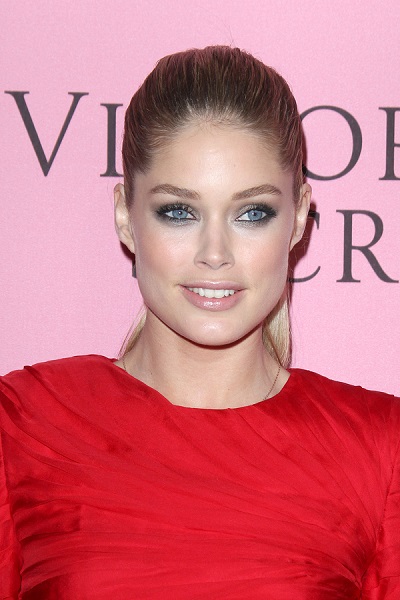 Kroes in 2012, photo by kathclick/bigstock.com

Doutzen Kroes is a Dutch model, actress, activist, and philanthropist. She was born in the village of Eastermar (Dutch: Oostermeer), in the province of Friesland, the Netherlands, to a Frisian family.

Her father, Johannes Auke Gijsbertus Hendrik “Johan” Kroes, is a psychotherapist. Her mother, Geartsje Leistra, is a nurse, then a teacher. She is married to Sunnery James Gorré, who is a DJ. The couple has two children.

Doutzen’s paternal grandfather was Douwe Kroes (the son of Rein Warners Kroes and Ytje Douwes Halbesma). Rein was the son of Warner Jans Kroes and Aukje Reins Kuipers. Ytje was the daughter of Douwe Wiegers Halbesma and Hiltje Eintes Annema.