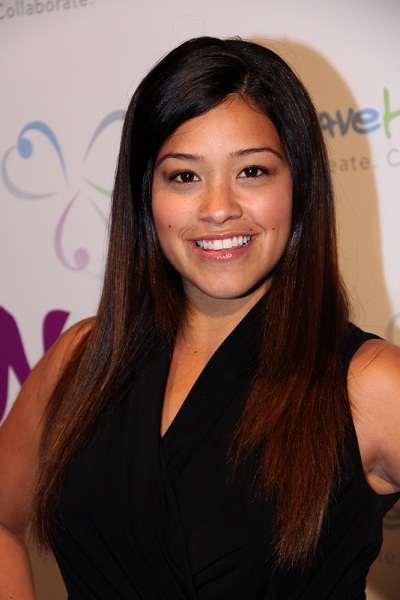 Rodriguez in 2011, photo by Prphotos.com

Gina Rodriguez is an American actress, model, and writer. Her parents, Magali and Genaro Rodriguez, are Puerto Rican. A picture of Gina with her parents can be seen here. Gina is married to actor, model, and MMA fighter Joe LoCicero.

Gina was raised Catholic. She is a practicing Christian.

One of Gina’s great-grandmothers was named Rosa.

Gina has said that her father is of African-Latino descent.

She has stated (at 46:10) that her maternal grandmother’s father was Jewish, a French Jew.

I have Dutch in me and Taíno. Possibly some Italian too. I’m all the things!

On diversity in casting, Gina has said:

Television and film are supposed to be a reflection of reality, right? We just want to see a slice of life. We want to be able to connect. We want to cry. We want to look at our lives on screen. It’s clear to me that execs need to step outside of their office and really look at life. We are in interracial relationships. We speak multiple languages. We’re multiple religions inside of that. I have Jewish ancestors. My sister converted to Judaism. I have Christians and Catholics and Buddhists in my family. I have multiracial, multiethnic relationships. We need to start casting color-blind because there is no specific anymore.