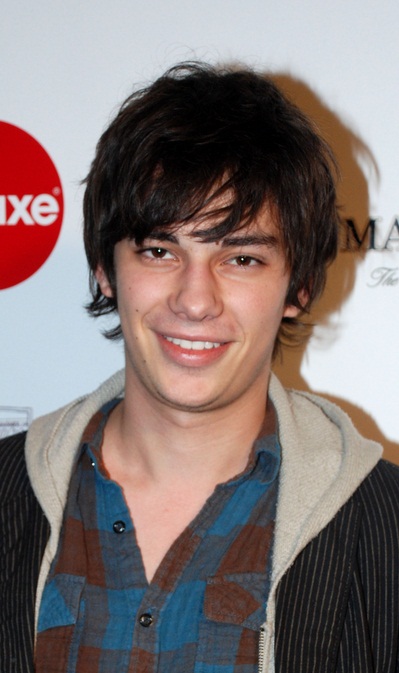 Bostick in 2010, photo by PrPhotos

Devon Bostick is a Canadian actor. He is known for his roles in the films Diary of a Wimpy Kid, Survival of the Dead, and Adoration, among others.

He is the son of actor and film fight co-ordinator Joe Bostick and casting director Stephanie Gorin. His brother is actor Jesse Bostick, who is pictured here.

Devon’s father is from the United States, and has English, German, one quarter Norwegian, as well as Scottish, and smaller amounts (to varying degrees) of Welsh, Irish, French, and Dutch, ancestry.

Devon’s maternal grandparents are English immigrants. Devon’s mother’s patrilineal line can be traced back to William Gorin, who was born, c. 1744, in Gloucestershire, England.

Person “what’s your ethnicity?”
Me “British/Norwegian”
Person “so basically you’re white?”
Me “yeah”
Person “you look ethnic”.
Me “thanks”

Devon’s maternal grandmother is Hazel I. Ayres (the daughter of Charles Ayres and Ivy Scott). Hazel was born in Willesden, Middlesex, England.