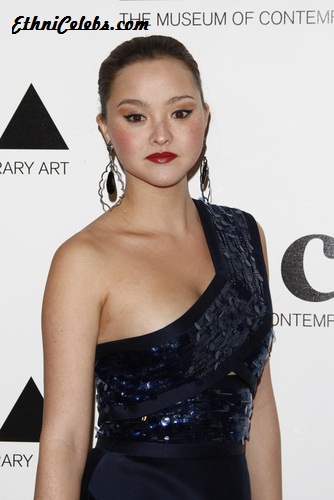 Devon Aoki is an American actress and model. She has appeared in the films 2 Fast 2 Furious, Frank Miller’s Sin City, and DOA: Dead or Alive, among others.

Her father, Hiroaki “Rocky” Aoki, a wrestler and restaurateur, was Japanese (born in Tokyo). He founded the Benihana chain. Her mother, Pamela Hilburger, a painter and jewelry designer, has English and German ancestry. A picture of her parents can be seen here. Devon is married to James Bailey, with whom she has four children. Her daughter Alessandra has also modeled.