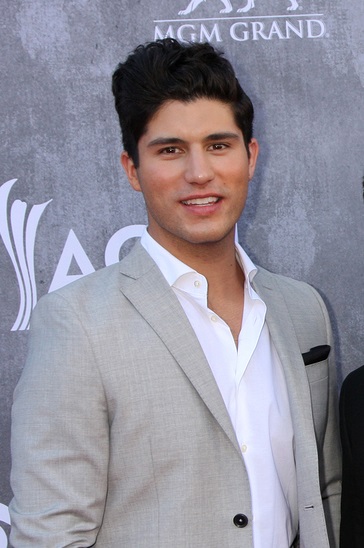 Smyers in 2014, photo by kathclick/Bigstock.com

Dan Smyers is an American singer and songwriter. He is one half of the pop country duo Dan + Shay, along with Shay Mooney.

Dan is the son of Patty and Dave Smyers. He is married to Abby Law.

Dan’s paternal grandfather was Edward Calvin Smyers (the son of Edward Calvin Smyers and Ethel Marie Bennett). Dan’s great-grandfather Edward had Scots-Irish/Northern Irish, English, and German ancestry, and was the son of Bertrand Hunter Smyers, an attorney, known as the co-founder of the University of Pittsburgh’s football program; and of Flora Bell Hays. Ethel was the daughter of Thomas Joseph Bennett and Mary Catherine Cannon, who were born in Pennsylvania, both of them to Irish parents.