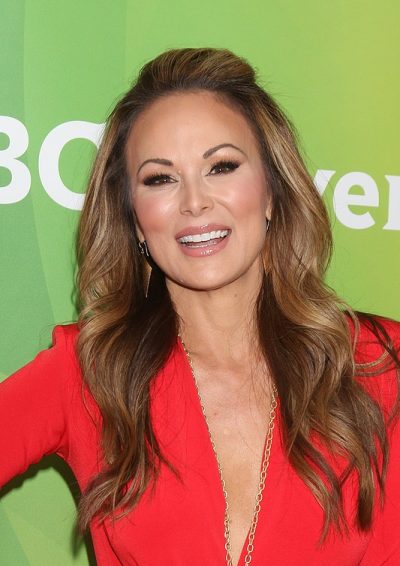 Hendra in 2016, photo by kathclick/Bigstock.com

Tiffany Hendra is an American actress and television personality.

Her sister is Natalie Bolton, who appeared on Survivor. Tiffany is married to Australian musician Aaron Hendra.

Tiffany has stated, “My daddy is half Japanese mixed with Cherokee and my mom is a tall beauty mix of Czechoslovakian & Chickasaw. We found out a few years ago we may have Comanche as well.”

Tiffany’s father was born in Japan, to an American father, of English, Scots-Irish/Northern Irish, and distant Welsh, descent, and to a Japanese mother. Her mother is American-born, and has English, one quarter Slovak, and distant Irish and Scots-Irish/Northern Irish, ancestry. It is not clear if Tiffany’s Native American ancestry has been verified/documented.

A picture of Tiffany’s paternal grandparents can be seen here.

Tiffany’s maternal grandmother was Betty Jo Hoza (the daughter of George Hoza and Opal McKee). George likely was the son of Slovak parents, Paul Hoza and Antonia. Opal was the daughter of Arthur McKee and Mary Alice Norwood.