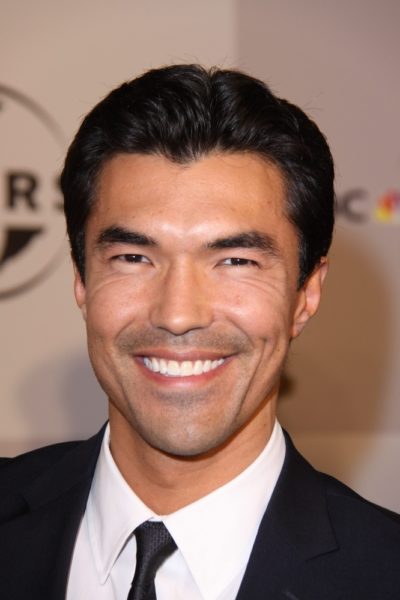 Ian Anthony Dale is an American actor. His roles include the shows Hawaii Five-0, Salvation, The Event, Surface, and Charmed, and the film Tekken.

Ian is the son of Olga Guterres and Jack Dale (born John Byron Dale). His father is a professional ice hockey player, who was a defenseman and played hockey at the Olympics. Ian is married to designer Nicole Garippo, and has two children.

Ian’s father was born in Minnesota, of English, German, and French-Canadian descent. Ian’s mother was born in Kobe, Japan, and moved to the U.S. at the age of seventeen; aside from Japanese, she has one eighth Portuguese-Macanese ancestry. His maternal great-great-grandfather was born in Macau, of Portuguese descent, and so were his ancestors. Many Macanese people and their descendants acquired Portuguese citizenship before 1999.

I speak a skoshe Japanese, a little bit… My mom is Japanese. She tried teaching my sister and I when we were really little… It was really hard to catch. As an adult I’ve taken private lessons to try to pick up the language. It’s really hard… [My mother] Olga [has] a tough German lady’s name and she’s this cute little Japanese woman. I think she fits it in demeanor and toughness and I think she’s proud of it, too… I was one of the only people of color at my grade school and also my high school… my brothers are all white. We all share the same father but different mothers.

Ian’s paternal grandfather was Landis Raymond Dale (the son of Raymond Dale and Katherine/Catherine Thilgen/Jelgen). Landis was born in Minnesota. Ian’s great-grandfather Raymond was the son of James Burton Dale and Laura Alice Oxford. Katherine was the daughter of Philip Thilgen and Annie, who were from Germany.