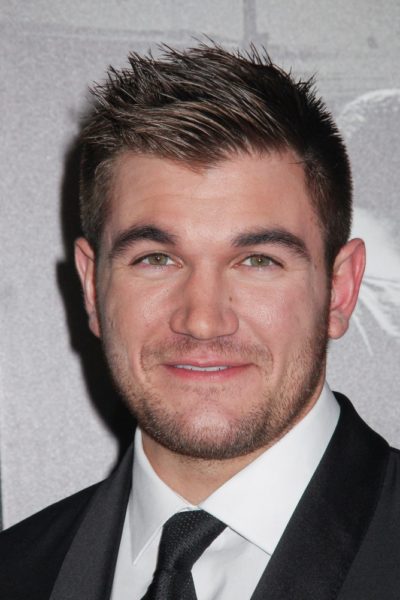 Alek Skarlatos is an American actor, television personality, and U.S. Army National Guard soldier. He was one of the people who stopped a gunman on a Paris-bound train travelling from Amsterdam via Brussels in August 2015.

Alek is the son of Heidi Ann (Neuburger) Hansen and Emanuel Skarlatos. His father was born in Greece. His mother is American, and has German, French-Canadian, English, and Azorean Portuguese ancestry. Alek was raised in Sacramento, California.

Alek’s maternal grandfather was Nicholas J. Neuburger (who likely was the son of David Grandon “Dave” Neuburger and Theresa/Teresa Marie Marse/Masse). David was the son of John H. Neuburger, whose parents were German, and of Elizabeth Foster. Theresa was born in Canada, the daughter of Louis Masse and Rose Renaud.

Alek’s maternal grandmother was Nancy Joan Soto (the daughter of Leland Joseph Soto, Sr. and Evelyn Alice Podd). Leland was the son of Manuel Soto, whose parents were Azorean Portuguese, and of Minnie Rose, whose parents were also Azorean Portuguese. Evelyn was the daughter of Arthur Robert/Roberts Podd, whose mother was English, and of Irma/Erma.