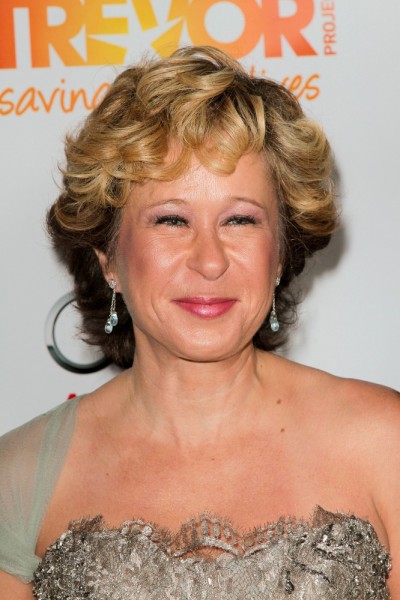 Yeardley Smith is an American actress, voice actress, writer, comedian, and artist. She voices Lisa Simpson on the series The Simpsons.

Yeardley was born in Paris, France, to American parents, Martha and Joseph Yeardley “Joe” Smith. Her father was born in Brooklyn, New York, and worked as a journalist and the official editor of The Washington Post. Her mother was a paper conservator at the Smithsonian Institution.

Yeardley’s paternal grandfather was Joseph Hopkinson Smith (the son of Francis Edgar Smith and Mary Marshall Smith). Joseph was born in New York. Francis was the son of William Graydon Smith and Ellen Olivia Belsher. Mary was the daughter of Marshall Pike Smith and Mary Crawford.

Yeardley’s maternal grandfather was Alpheus Hyatt Mayor (the son of Alfred Goldsborough Mayor/Mayer and Harriet/Harriett Randolph Hyatt). Yeardley’s grandfather A. Hyatt Mayor was born in Massachusetts, and was a prominent art historian, and a curator at the Metropolitan Museum of Art. Yeardley’s great-grandfather Alfred G. Mayer was a renowned marine biologist. He was the son of Alfred Marshall Mayer and Katherine Duckett Goldsborough. Yeardley’s great-grandmother Harriet Randolph Hyatt Mayor was an artist and sculptor, who contributed work to the World’s Columbian Exposition. She was the daughter of Alpheus Hyatt II, a noted marine biologist, zoologist, and paleontologist, and of Audella Beebe Hyatt. Harriet’s sister, Yeardley’s great-great-aunt, was sculptor Anna Hyatt Huntington, one of New York City’s most prominent sculptors, who was married to art patron Archer Milton Huntington.

Yeardley’s maternal grandmother was Mary Virginia Sluder (the daughter of Greenfield Sluder and Ella A. Cochran). Virginia was born in Missouri.

Genealogy of Yeardley Smith (focusing on her mother’s side) – http://www.geni.com