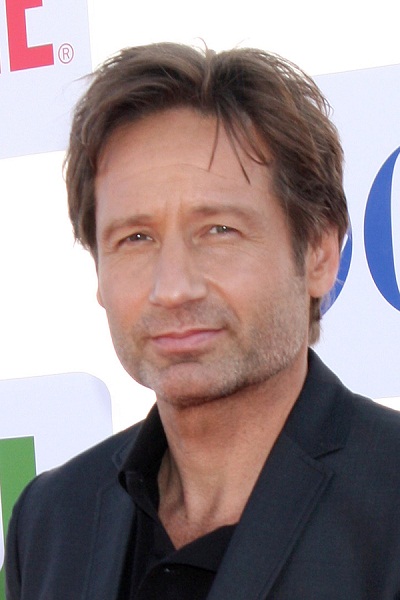 Duchovny in 2012, photo by kathclick/Bigstock.com

David Duchovny is an American actor, writer, director, producer, singer, and songwriter. He has starred in The X-Files and the films Return to Me and Evolution, among many other roles.

He is the son of Margaret (Miller), a teacher, and Amram Ducovny, a writer and publicist. David’s father was Jewish, of Ukrainian Jewish and Russian Jewish descent, and was a writer and a publicist for the American Jewish Committee. David’s mother was a Lutheran emigrant from Scotland, who was raised in a small fishing village.

David has two children with his former wife, actress and producer Téa Leoni.

David’s paternal grandfather was Moshe/Morris Duchovny (the son of Abraham Duchovny and Dobe/Dora Kantin). Moshe was a Jewish emigrant, from Berdychiv, now in Ukraine, and part of the Russian Empire when David’s grandfather left. Moshe was a Yiddish-language playwright, novelist, and journalist.

Genealogy of David Duchovny (focusing on his father’s side) – https://www.geni.com