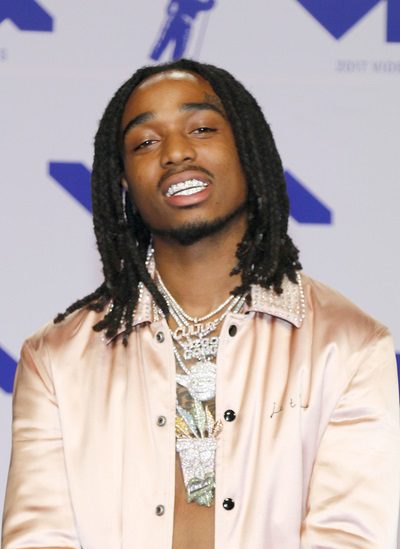 Quavo is an American rapper, singer, songwriter, and record producer. He is a member of hip hop and trap music trio Migos, along with Offset, and the late Takeoff. Quavo is a cousin of Offset and an uncle of Takeoff. Quavo is also part of the hip hop supergroup Huncho Jack, with Travis Scott. He is also known as Huncho.