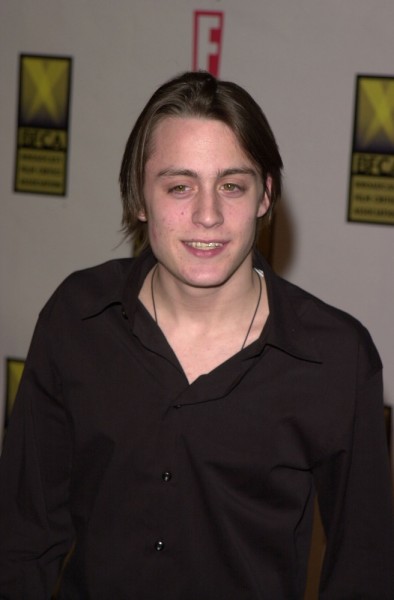 Kieran Culkin is an American actor. He is the son of Patricia Brentrup and actor Kit Culkin (Christopher Cornelius Culkin). Among his siblings are actors Macaulay Culkin and Rory Culkin. His aunt (father’s sister) is actress Bonnie Bedelia (Bonnie Bedelia Culkin). Kieran is married to Jazz Charton, with whom he has two children.

Kieran’s father has German and one quarter Irish ancestry, with smaller amounts of English, Swiss-German, and Swiss-French. Kieran’s mother is of half German and half Norwegian descent.

Kieran’s paternal grandfather was Philip Harley Culkin (the son of Philip Joseph Culkin and Amanda Juliette/Juliet Ferrier). Kieran’s grandfather Philip was born in New York. Kieran’s great-grandfather Philip was born in Michigan, the son of Irish parents, Philip Clemens Culkin and Margaret Ann Doyle. Amanda was born in Neuchâtel, Canton of Neuchâtel, Switzerland, the daughter of Henri/Henry Ferrier and Rosine/Rosina Loeffel. Given the surnames Ferrier and Loeffel, it is likely that Amanda had Swiss-French and Swiss-German ancestry.

Kieran’s paternal grandmother was Marian Ethel Wagner (the daughter of Joseph Franklin Wagner and Ethel Lula Herrold). Marian was born in Indiana, and had German, including Alsatian German, and some English and Swiss-German, ancestry. Some of her family had lived in the United States since the 1600s. Joseph was the son of John Merritt Wagner, who was born in Baden, Baden-Württemberg, Germany, and of Rebecca Shellhammer/Shellhamer. Kieran’s great-grandmother Ethel was the daughter of Matthew Henry Herrold and Rosella/Rose Elizabeth Lusher.

Kieran’s maternal grandfather was Hubert Mathias Brentrup (the son of Johannes/John Maria Brentrup and Kathryn/Catherine Ann “Katie” Kirchen). Hubert was born in North Dakota. John was born in Rheda Wiedenbrück, Detmold, Germany, the son of Johannes/John Stephan Brentrup and Maria Elisabeth Schalk. Katie was born in Minnesota, to a German-born father, Mathias/Matthias Kirchen, from Philippsheim, Bitburg-Prumer Landkreis, Rheinland-Pfalz, and to a mother, Grace Wadenspanner, who was either born in Bavaria, Germany, or in the U.S., of German descent.