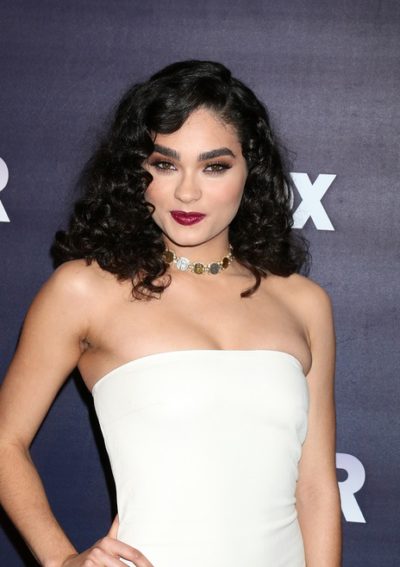 O’Grady in 2017, photo by Joe Seer/www.bigstockphoto.com

Brittany O’Grady is an American actress and singer. Her roles include the series Star and The White Lotus and the film Black Christmas (2019).

Brittany is the daughter of Monique and Michael O’Grady.

My dad is white, and his last name is O’Grady. My mom is African American, like Creole from New Orleans-type.

Brittany’s paternal grandmother was Bobbie Z. Guldeman/Arnold (the daughter of jazz age bandleader Billy Arnold, and of Minnie Isabella Shanks). Bobbie was born in Paris, France. Brittany’s great-grandfather Billy Arnold was born Arnold William Guldeman, in New Jersey, the son of Arnold Guldeman/Guldemann, who was from Füllinsdorf, Baselland, Switzerland, and of Margaret “Maggie” Perkins, whose father was from Belfast, Northern Ireland. Brittany’s great-grandmother Minnie was born in Portsmouth, Hampshire, England.