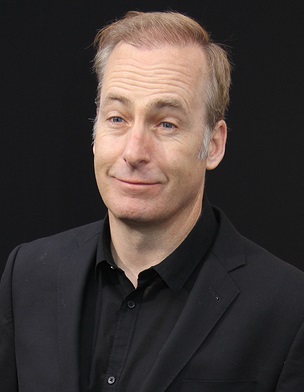 Odenkirk in 2013, photo by s_bukley/Bigstock.com

Bob Odenkirk is an American actor, comedian, writer, director, and producer. His roles include the films Nebraska, The Post, and Nobody, and television’s Breaking Bad, Better Call Saul, Fargo, and Mr. Show with Bob and David, among many other works.

Bob has stated that one of his grandfathers had Dutch ancestry. It is not clear if this is accurate.

Bob’s maternal grandfather was William Clarence Baier (the son of Leopold Baier and Ida Baumgarten/Baumgartner). Clarence was born in Illinois. Leopold was German. Ida was born in Wisconsin, of German descent, the daughter of Jacob Baumgartner.

Genealogy of Bob Odenkirk (focusing on his father’s side) – http://worldconnect.rootsweb.ancestry.com