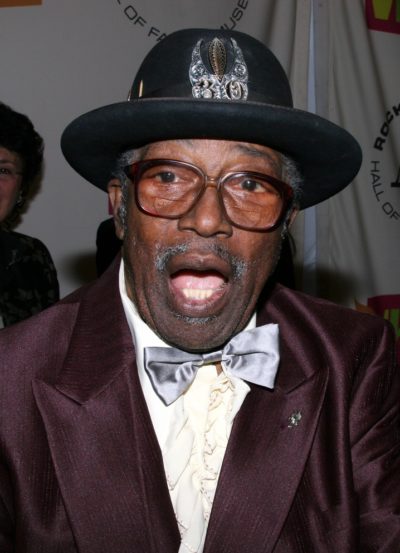 Diddley in 2005, photo by Prphotos

Bo was adopted and raised by his mother’s cousin, Gussie McDaniel, and took her name, becoming Ellas McDaniel. He was raised mostly in Chicago, Illinois. Bo had four children.

Bo’s paternal grandparents likely were named Eugene W. Bates and Genora/Geornia Day. That would make Bo a first cousin, once removed, of singers and actors Brandy Norwood and Ray J. Eugene and Genora were Brandy and Ray J’s maternal great-grandparents.