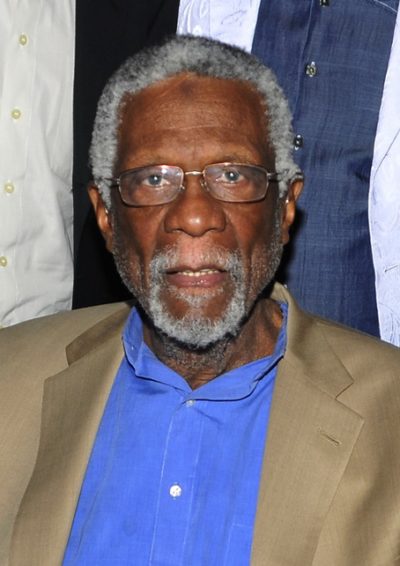 Russell in 2011, photo by Prphotos.com

Bill Russell was an American professional basketball player. He is widely regarded as one of the greatest players of all time. Standing at 6’10” tall, he played as a center for the Boston Celtics of the NBA from 1956 to 1969. He was a five-time NBA Most Valuable Player, a 12-time NBA All-Star, and the center of the Celtics dynasty, which won nineteen NBA championships during his career.

Bill was the son of Katie and Charles/Charlie Louis Russell. His family moved to Oakland, California, during his childhood. Bill’s brother is playwright Charlie L. Russell.

He was married to Marilyn Nault, until her death, and then to Jeannine Russell, until his death. He had three children, including television pundit and lawyer Karen Russell, with his former wife Rose Swisher.