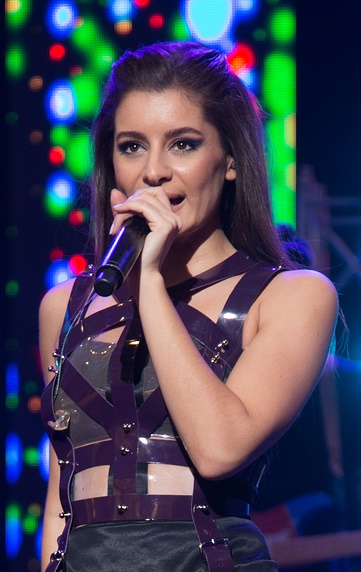 Atiye in 2014, photo by EvrenKalinbacak/Bigstock.com

Atiye, also known as Atiye Deniz, is a Turkish pop singer. Atiye was born in Bremen, West Germany, now Germany, to a Turkish father and a Dutch mother. She was raised in Germany, the Netherlands, the U.S., and Turkey. She moved to Turkey in 2008. Atiye sings in Turkish, Arabic, and English. She also speaks German and Dutch.

Some sources say that her father is of Arab descent. It is not clear if this is accurate.