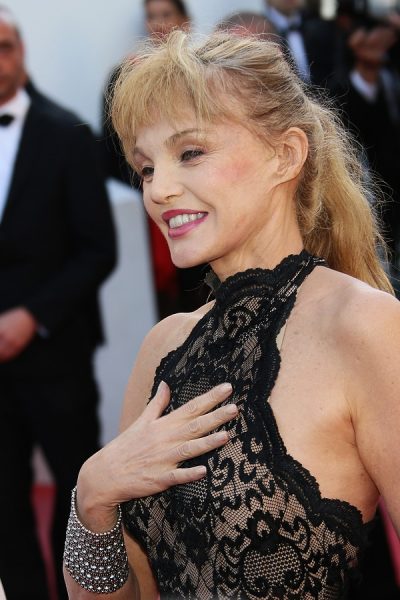 Arielle Dombasle is a French-American actress, singer, director, and vedette.

She was born in Hartford, Connecticut, U.S., to French parents, Francion Garreau-Dombasle and Jean-Louis Melchior Sonnery de Fromental. Her father was from a wealthy family, from Lyon. She grew up between New York, France, and Mexico.

She is married to philosopher Bernard-Henri Lévy.

Arielle’s maternal grandfather was Maurice Garreau-Dombasle (the son of Ferdinand Garreau-Dombasle and Elisabeth Fabre). Maurice was the French consul in Kolkata, India, and the Free France ambassador in the U.S. and Mexico during WWII. Ferdinand was the son of Adrien Garreau and Gabrielle Adélaide Mathieu de Dombasle.

Arielle’s maternal grandmother was Germaine Alice Masset/Massenet, known as Man’ha Garreau-Dombasle (the daughter of Edouard Hilaire Masset and Fanny Miccio). Man’ha was born in Calais, Nord-Pas-de-Calais, and was an author, poet, and translator. Fanny was born in Naples, Italy.