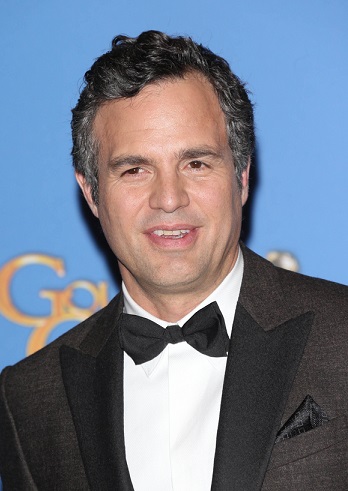 Ruffalo in 2014, photo by Prphotos

Mark is married to Sunrise Coigney, with whom he has three children.

Mark’s paternal grandfather was Frank D. Ruffalo (the son of Filberto Ruffalo and Carmella Bartucci). Frank was born in Wisconsin, to Italian parents. Mark’s paternal great-grandparents were from Girifalco, Province of Catanzaro, Calabria. Carmella was the daughter of James Bartucci.

Mark’s maternal grandfather was Clyde/Claude Roger Hebert (the son of Louis Albert Anthony Hebert and Gladys Marie LaMielle). Clyde was born in Wisconsin; Clyde’s parents were born in Michigan, and were both of French/French-Canadian descent. Louis was the son of Antoine Joseph Hebert and Rose Bernard. Gladys was the daughter of James Richard LaMielle/Lamiel, whose father was born in France, and of Tina Odelia Masta.

Mark has described his great-grandfather Arthur Piccolo as a “Neapolitan actor and singer.”

Genealogies of Mark Ruffalo (focusing on his mother’s side) – http://www.wikitree.com
http://www.nosorigines.qc.ca