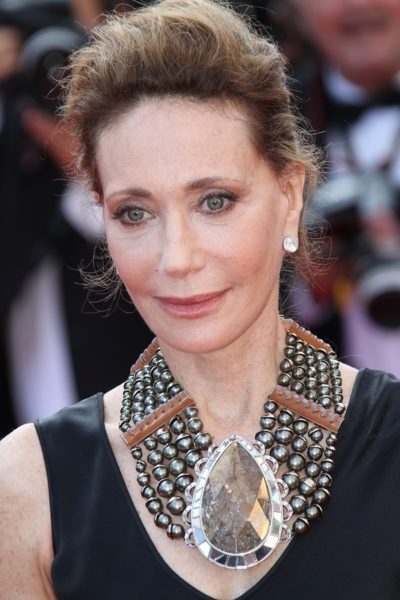 Berenson in 2010, photo by Denis Makarenko/www.bigstockphoto.com

Marisa Berenson is an American actress and model.

Marisa has a daughter with her former husband, rivet manufacturer James Randall.

Marisa’s father was Jewish, from a Jewish family from Lithuania, Russia, France, and Hungary. His family’s surname was originally spelt Valvrojenski. Marisa’s mother had Polish, Breton, and French-Swiss roots on one side and Italian ancestry on the other.

Marisa’s paternal grandfather was Bernard Berenson (the son of Leyb/Louis/Lewis Berenson and Sarah Bernstein). Bernard was born in Massachusetts, to Russian Jewish parents. Leyb was the son of Wolf Berenson and Baylee. Sarah was the daughter of Isaac Bernstein and Slova. Through this side, Marisa is a second cousin, once removed, of art historian Bernard Berenson and athlete and educator Senda Berenson, who is one of the first two women elected to the Basketball Hall of Fame.

Marisa’s maternal grandmother was Elsa Luisa Maria Schiaparelli (the daughter of Celestino Schiaparelli and Maria-Luisa Domenitis). Elsa was a prominent fashion designer, from Rome, Italy. Marisa’s great-grandfather Celestino was a prominent scholar, and was born in Savigliano, Province of Cuneo, Piedmont, to parents having the same surname, Antonino Schiaparelli and Caterina Schiaparelli, who were related. Caterina’s family was from Province of Biella, Piedmont. Marisa’s great-grandmother Maria-Luisa was from a Neapolitan family, of aristocratic background.

Elsa’s uncle, Giovanni Schiaparelli, was a prominent astronomer. She was also related to Egyptologist Ernesto Schiaparelli and historian and palaeographer Luigi Schiaparelli.

Elsa had an interest in Egyptian art. She was said to be of part Egyptian descent; it is not clear if that is accurate.

Genealogy of Marisa’s paternal grandmother, Corinne Francesca Levy (focusing on her own father’s side) – https://www.geni.com