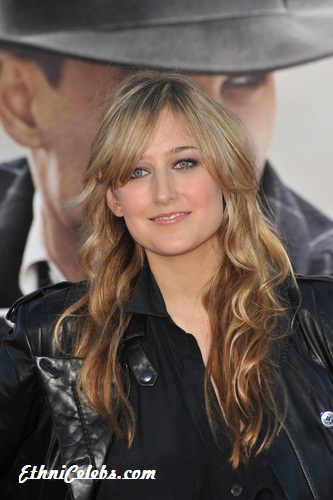 Leelee Sobieski is an American actress.

She is the daughter of Elizabeth Sobieski (née Salomon), a film producer and screenwriter, and Jean Sobieski, a painter and actor. Her father is French, and has Polish and Swiss ancestry. Her mother is American. Leelee’s maternal grandfather was from a Russian Jewish family, while Leelee’s maternal grandmother was of Belarusian Jewish/Lithuanian Jewish descent (on her own father’s side) and of Dutch descent (on her own mother’s side).

Her middle name Elsveta is Polish for Elisabeth.

Leelee is married to fashion designer Adam Kimmel, with whom she has two children. Adam is Jewish.

Leelee’s maternal grandmother was Gloria Doris Green (the daughter of Samuel Green and Alice DeYoung). Gloria was born in New Jersey. Samuel was the son of Joseph Green and Sarah Rosenstein, who were Jewish emigrants, Joseph from Grodna, Belarus and Sarah from Vilnius, Lithuania. Alice was the daughter of Dutch immigrants, Alexander Sander DeJong/DeYoung and Grietje/Gertrude Klazes Wiersma.

Sources: Genealogy of Leelee Sobieski (focusing on her mother’s side) – https://www.geni.com