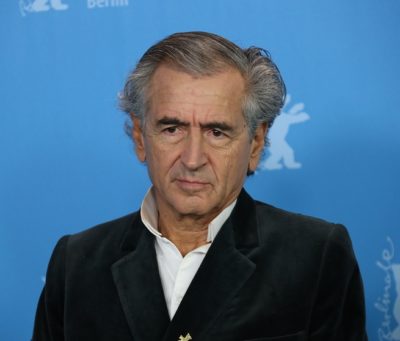 Lévy in 2016, photo by Denis Makarenko/Bigstock.com

Bernard-Henri Lévy is a French public intellectual, media personality, and author. Often referred to in France simply as BHL, he was one of the leaders of the “Nouveaux Philosophes” (New Philosophers) movement in 1976. He also directed the 1997 film Night and Day, starring Alain Delon and Lauren Bacall.

Bernard-Henri’s paternal grandfather was Joseph Guy Lévy (the son of Mardoché Lévy and Messaouda Albo). Joseph was born in Oran, Algeria. Mardoché was the son of Joseph Lévy and Esther Bénichou/Bénnichou. Messaouda was the daughter of Isaac Albo and Messaouda/Myriam Cohen Scali.

Sources: Genealogies of Bernard-Henri Lévy (focusing on his father’s side) – http://www.geni.com
http://gw.geneanet.org
https://plus.google.com