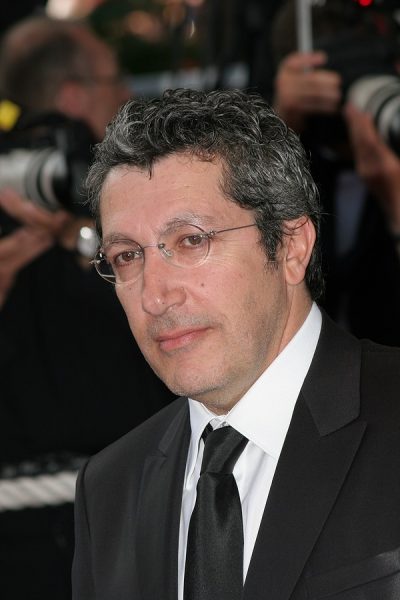 Chabat in 2005, photo by Denis Makarenko/bigstock.com

Alain Chabat is a French actor, comedian, director, screenwriter, producer, and television presenter. He is known for acting in comedies in France, including La Cité de la peur, French Twist, Asterix & Obelix: Mission Cleopatra, and Le Goût des autres, among many others.

He was born in Oran, Algeria, to Jewish parents, Renée and Maurice Chabat.

Alain’s paternal grandfather was Benjamin Chaâba/Chabat (the son of Joseph Chaâba/Chabat and Semha/Simha Benichou). Benjamin was born in Oran, Oran Province. Joseph was the son of Moise Chabat, who was born in Egypt, and of Mazaltov Melka. Semha was the daughter of Liaou Benichou/Ben Ichoua and Esther Benhamou.