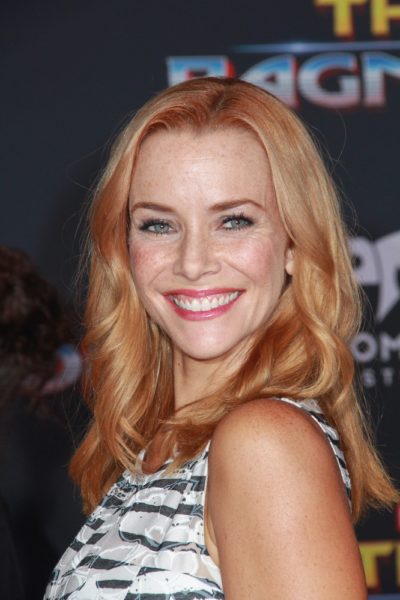 Annie Wersching was an American actress. She was known for her roles on the series 24, Bosch, and Timeless.

Annie was married to actor and comedian Stephen Full, until her death, with whom she had three children.

Annie’s paternal grandfather was Frank Joseph Wersching (the son of Joannes/Johann Wersching and Apollonia Buchler). Frank was born in Missouri, to parents who were born in Heufeld and Glogon, Austro-Hungarian Empire, respectively, and were ethnic Germans. Joannes was the son of Danielus Wersching and Susanna Oswald. Apollonia was the daughter of Michael Buchler and Klara Buchler.

Annie’s paternal grandmother was Marion/Marian Inez Gardner (the daughter of Maurice Martin Gardner and Bertha Mae Carter). Marion was born in McCracken, Kentucky, and had deep roots in the U.S. Maurice was the son of James C. Gardner and Margaret Jessie Buckingham. Bertha was the daughter of William Henry Carter and Eva Leeper.

Sources: Genealogy of Annie Wersching (focusing on her father’s side) – http://wc.rootsweb.ancestry.com