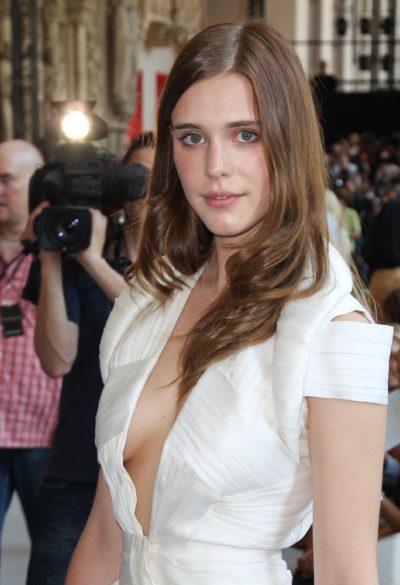 Gaia Weiss is a French model and actress. She has appeared in the films Mary Queen of Scots (2013) and The Legend of Hercules and the show Vikings.

Gaia is the daughter of Catherine and Alain Weiss. She has said that she is of Jewish heritage. Her mother is from a family of Polish, as well as Russian and Lithuanian, origin. It is likely that Gaia’s father is Jewish. Her family is pictured here. Gaia was raised in France, Poland, and England.

Gaia’s paternal grandfather was named Jean-Michel Weiss. Jean-Michel was from Alsatia, to a Jewish family. He fought in the French Resistance during WWII.

Genealogy of Gaia Weiss (focusing on her mother’s side) – https://www.geni.com