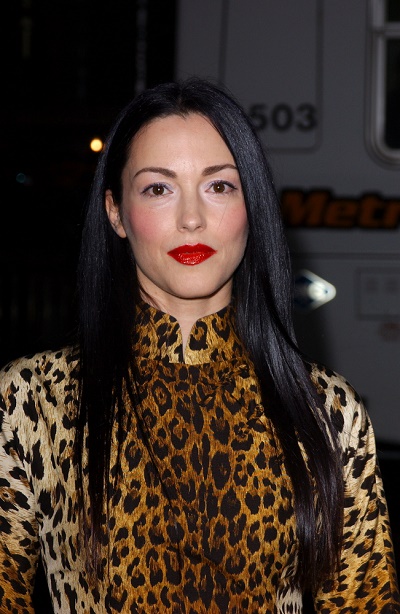 Julie Dreyfus is a French actress. She is known for her role in the Kill Bill films, where she played Sofie Fatale, a Eurasian character.

She is the only child of actress Pascale Audret (Pascale Aiguionne Louise Jacqueline Marie Auffray) and music producer Francis Dreyfus, the founder of Dreyfus Records. Julie’s maternal uncle is singer Hugues Aufray. Julie has worked as an actress in Japan.

Julie’s father was born in Le Raincy, France, to an Alsatian Jewish father and a Romanian Jewish mother. Julie’s mother was of French descent.

Julie’s maternal grandmother was Amyelle/Amielle Marie Emmanuelle de Caubios d’Andiran (the daughter of Gaston Marie Sébastien de Caubious d’Andiran and Jeanne Marguerite Abribat). Amyelle was born in Sainte-Eulalie, Gironde, Nouvelle-Aquitaine, France. She was a musician, and the second cousin of French author François Mauriac, who was a laureate of the Nobel Prize in Literature, 1952. Gaston was the son of Jean Baptiste Edmond de Caubios d’Andiran and Denise Enéite Boudet. Julie’s great-grandmother Jeanne was the daughter of Benoît Sully Abribat and Emma Pétronille Duallé.