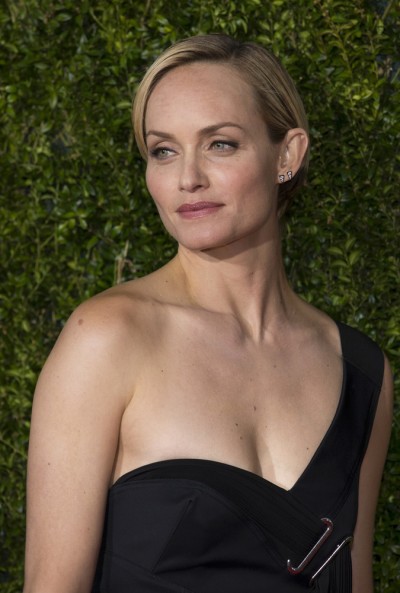 Valletta in 2015, photo by Prphotos

Amber Valletta is an American fashion model and actress. Her roles include the films Hitch, Transporter 2, Gamer, and Dead Silence and the series Revenge and Blood & Oil.

Her father is of half Italian and half Portuguese descent. Her mother has significant, verified Cherokee Native American ancestry, from her own father, along with English. A picture of Amber with her mother can be seen here.

She has a son with her former husband, Olympic volleyball player Chip McCaw.

Amber’s paternal grandfather was Vincent James Valletta (the son of Frank/Francesco Valletta and Maria Carmina Perrone). Vincent was born in Massachusetts, to Italian parents, with roots in Vitulazio, Caserta, Campania. Maria was the daughter of Vincenzo Perrone.

Amber’s maternal grandfather was Sequoyah Lewis/Louis Rogers (the son of Sequoyah Hokesmith Rogers and Siota/Soita/Siater/Sista. Mae/P. Tyner). Amber’s grandfather Sequoyah was born in Topeka, Kansas. Amber’s great-grandfather Sequoyah was born in Oklahoma, the son of William Charles Rogers and Nan Kannie/Haney/Haynie, and was of Cherokee Native American descent. Siota was the daughter of Carter Blackstone Braxton Tyner, who was of one eighth Cherokee ancestry, and of Christina Helen Elder, who was of one quarter Cherokee descent.