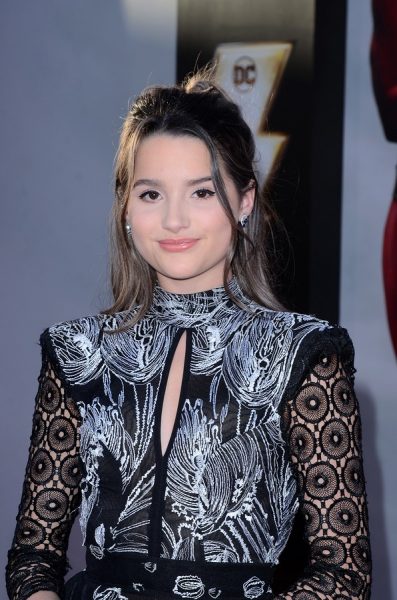 LeBlanc in 2019, photo by kathclick/Bigstock.com

Annie LeBlanc is an American Internet personality, actress, singer, and gymnast. She often works with her sister Hayley.

Annie’s father, Billy, who is from Louisiana, has French, and some Spanish, ancestry. Her mother, Katie, who is from Oklahoma, is of one quarter Italian, as well as German, English, and Scottish, descent; also, one of Annie’s maternal seventh great-grandmothers, Millie A. Thompson, was of three quarters Cherokee Native American descent.