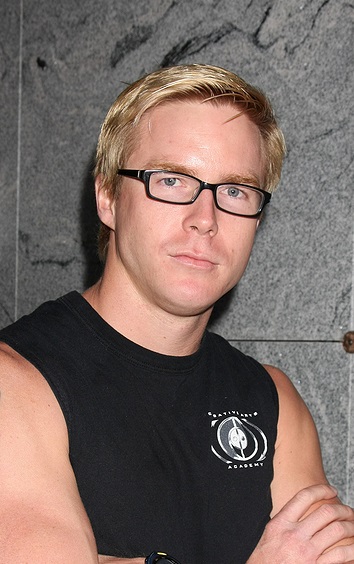 Adam Robitel is an American film director, producer, screenwriter, and actor. He is known for directing the horror films The Taking of Deborah Logan, Insidious: The Last Key, and Escape Room and its sequel.

Adam’s maternal grandfather was Ralph Sylvius Permatteo (the son of Ralph John Permatteo and Gertrude M. McQuarrie). Adam’s grandfather Ralph was born in Massachusetts. Adam’s great-grandfather Ralph was born in Massachusetts, to parents from Italy, Domenico Permatteo and Maria E. “Mary” Sterbi. Gertrude was born in Prince Edward Island, Canada, the daughter of John A. McQuarrie, whose mother was Irish, and of Jessie/Jesse A. Ferguson, whose parents were from Scotland and Ireland, respectively.