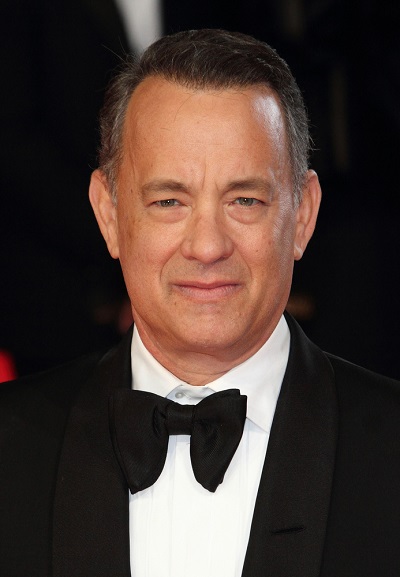 Tom’s paternal grandfather was Ernest Buel/Beauel Hanks (the son of Daniel Boone Hanks and Mary Catherine/Katy/Kate “Molly” Mefford). Ernest was born in Paskenta, Tehama, California. Ernest’s family has lived in the United States for many generations; most of Ernest’s anestry was English, with more distant German roots, along with Scottish, Welsh, and Cornish. Some of his distant ancestors lived on Barbados. Tom’s great-grandfather Daniel was born in Kentucky, the son of Thomas Hanks, Jr. and Rachel J. Rayburn/Cull. Tom’s great-grandmother Mary Catherine was born in Missouri, the daughter of Jacob Mefford and Sarah F. Critchlow.