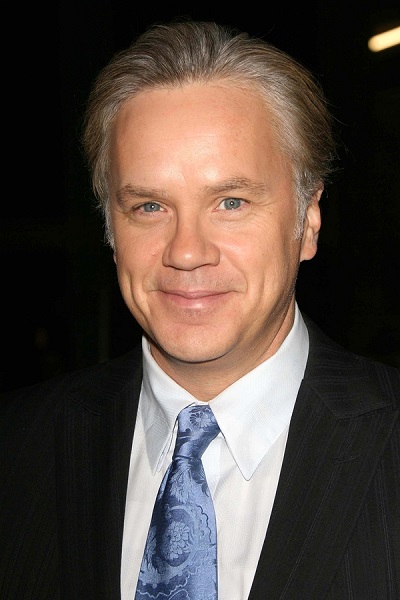 Robbins in 2006, photo by s_bukley/Bigstock.com

Tim is the son of Mary Cecelia (Bledsoe), an actress, and Gilbert Lee Robbins, a folk singer, musician, and actor. Many of his ancestral lines have resided in the United States since the 1600s. He has two children, filmmaker Jack Henry Robbins and actor and musician Miles Robbins, with his former partner, actress and activist Susan Sarandon.

Tim’s paternal grandfather was Richard Leewilsie/Lee Robbins (the son of Walter Appleton Robbins and Mary Judith Taylor). Richard was born in Washington. Walter was the son of Albert Comfort Robbins and Cynthia Olive Wiltse/Wilsie. Mary Judith was the daughter of Benjamin Franklin Taylor and Judith Bradley.

Tim’s paternal grandmother was Agnes Josephine Hughes (the daughter of James Ambrose Hughes and Clara A. Helgeson). Agnes was born in Washington. James was the son of John Hughes, who was born in Ireland, and of Caroline/Carolyn Walker. Clara was born in Iowa, the daughter of Norwegian parents, Halvor/Henry Helgeson and Anna/Annie Johnson.

Tim’s maternal grandfather was Maynard Tevis Bledsoe (the son of James William Bledsoe and Martha Alice/Ameda Pursell). Maynard was born in California. James was the son of William Herrod/Herod/Henry/Harrod Bledsoe and Margaret Minerva Skaggs. Martha was the daughter of James Pursell and Rachel Rice Coshow.

Tim’s maternal grandmother was Thelma Cecilia Matthews (the daughter of Albert/Bert Tilden Matthews/Mathews and Letitia/Lettie Marie Johnson). Thelma was born in Indiana. Albert was the son of Jacob Matthews and Cinderella Utter. Lettie was the daughter of Francis Xavier “Frank” Johnson, whose mother was of French descent, and of Frances Hunot, who was of French/French-Canadian ancestry.