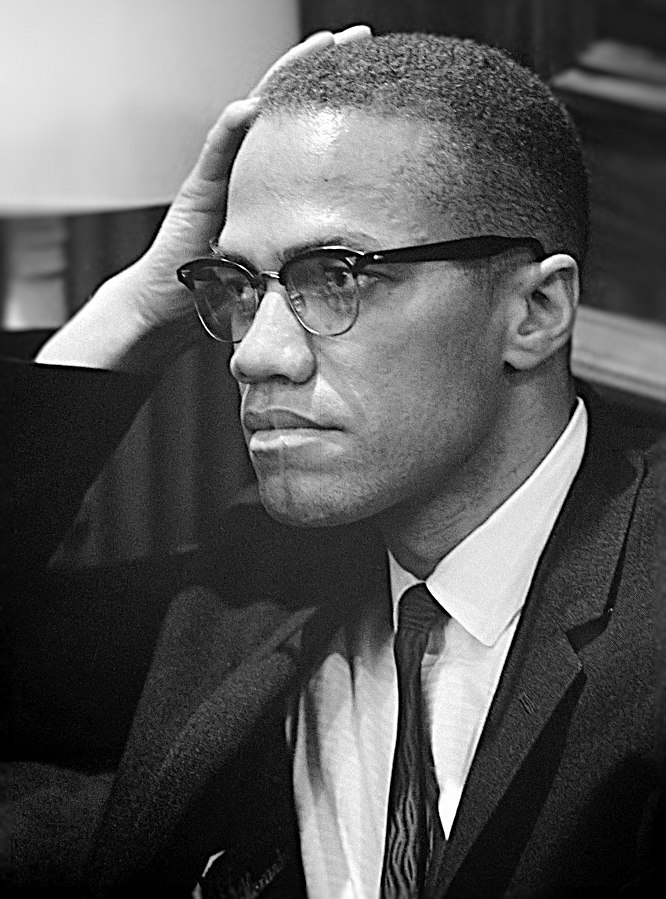 Malcolm was the son of Louise Helen (Norton) and Earl Little.

Malcolm joined the Nation of Islam while in prison. He was later the Nation’s spokesman, before converting to Sunni Islam. He made a pilgrimage to Mecca, which changed his views on race relations.

Malcolm was assassinated by members of the Nation of Islam almost one year after his departure from the Nation, in 1965.

Malcolm was married to educator and civil rights activist Betty Shabazz, until his death. The couple had six children.

Malcolm’s paternal grandfather was named John Little (the son of Tony and Clarrie). John was born in Georgia. Tony was sold as a youth to the Little family. Tony’s father, Ajar, was brought from West Africa as a slave.

Malcolm’s maternal grandfather was said to have the surname Norton.

Malcolm’s maternal grandmother was named Gertrude Langdon (the daughter of Jupiter Langdon and Mary Jane). Gertrude was born in Grenada.