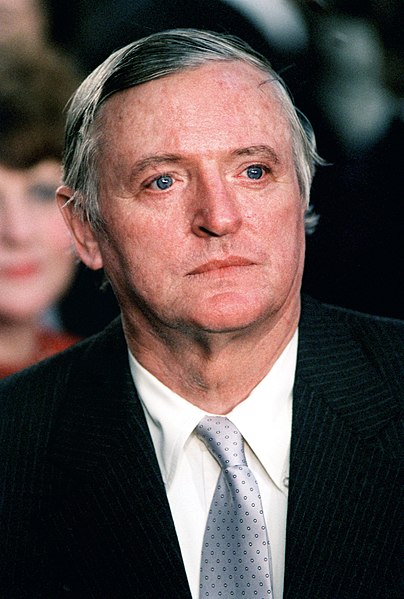 William F. Buckley, Jr. was an American author, public intellectual, television personality, and politician. He was a political conservative. He was the host of the show Firing Line from 1966 to 1999. It was the longest-running public affairs show with a single host. William was a candidate for Mayor of New York City in 1965, for the Conservative Party.

William was the son of Aloise Josephine Antonia (Steiner) and William Frank Buckley, Sr., who was a lawyer and oil developer. His father was born in Washington-on-the-Brazos, Texas, to Canadian parents, of Irish ancestry. His mother was born in New Orleans, Louisiana, of Swiss-German, German, and Irish descent. William was a devout Catholic.

William was married to Canadian-born socialite Patricia Buckley, until her death. Patricia was born in Vancouver, the daughter of Austin Cotterell Taylor, who was a mining executive and developer, financier, and philanthropist in developing thoroughbred horse racing. William and Patricia had a son, author and political satirist Christopher Buckley.

William’s siblings included journalist and author Priscilla Buckley; author Patricia Buckley Bozell; writer, speaker, and educator Reid Buckley; and jurist, politician, civil servant, attorney, businessperson, and author James L. Buckley. Patricia was married to conservative activist and Roman Catholic writer L. Brent Bozell, Jr. James L. Buckley has been a U.S. Senator from New York, from January 3, 1971 to January 3, 1977, and Senior Judge of the U.S. Court of Appeals for the District of Columbia Circuit, since August 31, 1996, among many other duties.