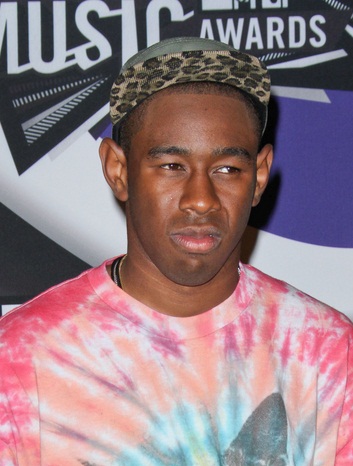 Tyler, the Creator in 2011, photo by PrPhotos

Tyler, the Creator, is an American rapper, musician, songwriter, record producer, actor, visual artist, designer, and comedian. He is the co-founder, and a leader, of the alternative hip hop collective Odd Future. He is also known as Ace, Gap Tooth T, DJ Stank Daddy, Tyler Haley, and Wolf Haley.

He was raised in Ladera Heights and Hawthorne in Los Angeles.