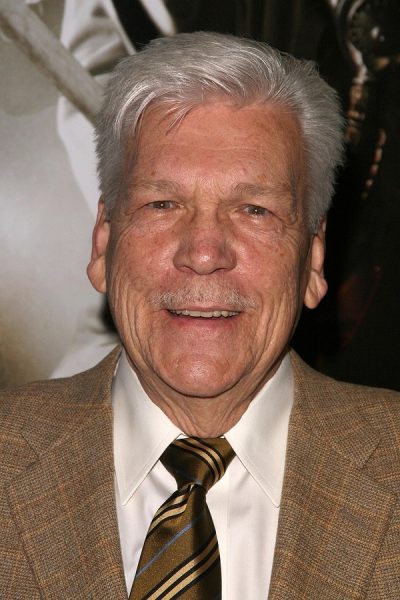 Tom Atkins is an American actor. He is known as a cult favorite actor, for his starring roles in horror films, particularly The Fog (1980), Halloween III: Season of the Witch, Night of the Creeps, and My Bloody Valentine 3D.

Tom is the son of Dorothy and George Atkins. He is married to Janis, with whom he has one child.

Tom’s maternal grandfather was Clarence Milton “C.M.” Williams (the son of John Williams and Anna/Annie Marie/Maria Flocker). Clarence was born in Pennsylvania. John was born in Walker, Tyne and Wear, England, the son of Welsh parents, Williams L./G. Williams and Rachel. Anna was the daughter of Abraham Flocker and Mary H./Ann Bratt.

Tom’s maternal grandmother was Harriet Virginia “Hattie” Quinn (the daughter of Charles Crosby Quinn and Ada/Adelaide Grace “Addie” Tracy). Harriet was born in Wheeling, West Virginia. Charles was the son of Irish parents, John Quinn and Elizabeth A. Crosby. Tom’s great-grandmother Ada was the daughter of Perry Tracy and Jane Blake, who was born in Inveresk, Scotland.

Genealogy of Tom’s mother (focusing on her father’s side) – https://peoplelegacy.com